What is Parkinson’s disease?

Parkinson’s disease is complex and people can experience a range of different complaints. Different patients will never experience the exact same symptoms, but common symptoms include shaking (a tremor), muscle stiffness (rigidity), slowness of movement (bradykinesia) and postural and balance problems. In about 75% of patients affected by Parkinson’s disease, these primary symptoms start on one side of the body. After a little while, these symptoms will start appearing on the other side as well, however, the side that experienced the symptoms first will usually remain the worst affected. These symptoms are often preceded by complaints concerning smell (loss of sense of smell), constipation, depression, insomnia. These early complaints, however, are so non-specific that it hardly ever leads to a Parkinson’s disease diagnosis.

Aside from the symptoms mentioned above, a whole array of other complaints can potentially result from Parkinson’s such as slowed thinking, loss of sense of smell, insomnia, constipation, mood swings, and change in sex drive.

Current medication can ease the symptoms of the disease. However, no medication has yet been developed that can cure Parkinson’s disease or slow down its progression. Besides medical treatment, you can also undergo paramedical therapy or, at a more advanced stage, surgical treatment. Parkinson’s doesn’t affect how long you live, but it can change your quality of life.

Parkinson’s prevalence and who it affects

As at 1 January 2011, 28,951 people were known to be affected by Parkinson’s disease (source: Ministry of Health). It is estimated, however, that in reality, the number is at least 2 to 2.5 times higher. Parkinson’s disease affects both men and women and usually manifests itself between the age of 50 and 60. Around 10% of patients is younger than forty.

It isn’t yet understood why the loss of nerve cells in the substantia nigra occurs. Possible causes include brain deterioration due to aging, an amino acid metabolic disorder, or environmental factors such as exposure to certain toxins. Genetics is only in a very small proportion of patients the direct cause for Parkinson’s disease. 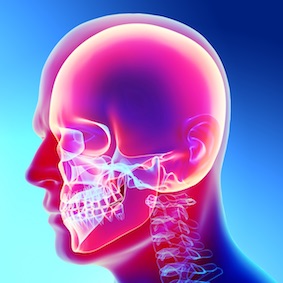 Controlling your symptoms should be a priority. A physiotherapist will help and encourage you to keep active every day and to maintain a healthy lifestyle.