COPD stands for Chronic Obstructive Pulmonary Disease. It is an umbrella term for lung diseases characterized by incurable or non-reversible tightening of the airways. The tightening of the airways becomes progressively worse and usually coincides with an abnormal inflammatory response of the lungs to external irritants such as smoking, gases and particles. Tightened airways make breathing harder and less efficient.

Common COPD symptoms are coughing and coughing up phlegm. Other typical COPD symptoms are wheezing and shortness of breath when active.  Patients with COPD frequently suffer from chest infections that often worsen their symptoms. Periods like these are known as exacerbations. COPD has a significant detrimental effect on your quality of life. Breathing in isn’t usually problematic; breathing out, however, often is.

When COPD patients are active, their breathing quickens. Pressure builds up in the chest and becomes too much for the tightened and weakened airways. They close up before the lungs have been fully exhaled. Breathing becomes short and shallow. The accessory inspiratory muscles join in so enough oxygen can still be breathed in. Eventually, the ribcage assumes a permanent position of inhalation. It takes more and more energy to breath normally and COPD patients rapidly feel short of breath. If you are still in the early stages of COPD you will notice this breathlessness during more intense physical exercise such as cycling into a headwind or running. When COPD worsens, you might already start to feel short of breath when you climb the stairs or go for a brisk walk.

COPD incidence and who it affects

In the Netherlands about 350,000 people have COPD. By far the most common cause of COPD is smoking. It causes long-term inflammation of the lining of the airways. Long term exposure at work to fine particle matter such as silica dust can also cause inflammation. The damaged lining deteriorates gradually which is why people often only start to notice their symptoms in their 40’s.

Other risk factors include air pollution and genetic conditions. COPD is incurable but there are many things you can do to manage and control the disease. Don’t ignore your symptoms but find yourself the right treatment. In order to provide the appropriate medical care, GP’s, specialists, pulmonologist, physiotherapists, specialist nurses and/or home carers often work together closely.

The best treatment would be to live a smoke free life. Not smoking will keep your illness from deteriorating even if you have been a smoker for many years. Your GP will also provide (additional) support should you need it. Furthermore, it is important to take your medication as prescribed. Maintaining an active lifestyle is essential too, for instance by playing sports and/or taking part in a fitness or revalidation program under the supervision of a physiotherapist.

By remaining active, you will also stay fit. You will tire less quickly, recover from an infection much faster and won’t feel so short of breath after physical exercise. Stronger, trained muscles will gradually need less oxygen and as a result, you won’t feel as short of breath anymore. Staying active also helps fighting side effects of certain medicines, such as corticosteroids which can cause osteoporosis and a weakening of the muscles. An unhealthy diet and being under or overweight also have a negative impact on your physical condition, and it is vital to monitor this closely. Regular exercise can also be beneficial for conditions that are often concurrent with COPD such as cardiovascular disease, diabetes and varicose veins. 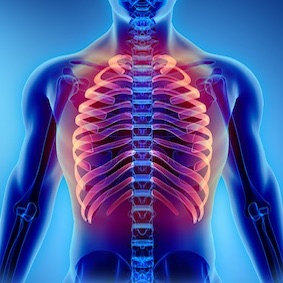 Keeping active is extremely important if you suffer from chronic bronchitis or emphysema. The less you move the weaker you become and the more you will suffer from symptoms. An exercise program has been developed by physiotherapists specifically for COPD patients. In this program, a specialist COPD physiotherapist will supervise and gently guide you towards a more active lifestyle. What will this mean for you?

An active lifestyle means a better quality of life. You will experience a reduced sense of breathlessness, improved stamina and you will have a better understanding of how to use your muscles efficiently.